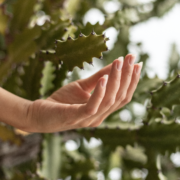 Have you ever gotten to a point where you were so deeply unhappy and yet you couldn’t quite pinpoint why? We all have our problems, things in our life that aren’t perfect. We think we should be able to deal with them, accept them, focus on everything we have to be grateful for. We think, “Who am I to complain? So many people have it so much worse.” You go through the motions, try to fill your free time with things that should make you happy, self-medicate and numb your feelings in the ways you know how, yet the depression and anxiety continue to build. You don’t want to get out of bed in the morning, you don’t want to socialize, your relationship starts to fall apart, you drink too much, you’re in deep pain more often than not, and yet you can’t quite figure out what’s at the base of it all. This goes on for months, and it’s a rollercoaster, not a constant state. Some moments you’re up, and then the descent begins again. You think you’re fine for a while, but then the darkness creeps back in and then one day, finally, you snap.

Sound familiar? No? Yes? Is it just me? One thing that has helped me rebuild myself time and time again is the knowledge that I’m not alone. When I’m down in the depth of another depressive period, I remember that countless others have been where I am. Some have survived it, others have not. But I know I can, I have before, and the reward is worth the struggle. Can you see the light at the top of the deep, dark pit? Maybe just a glimpse? You might not think you can get there, but maybe I can help. We’ll climb out together. We’ll reach the top. And then we’ll build a life worth living. A life of light, love and liberation. I can’t promise you’ll never feel this way again, but I can be there for you, and more importantly I can teach you how to be there for you, so you can live in the light and keep the shadow at bay.

So what do you say? Should we do this? Take my hand. I’ll show you the way. 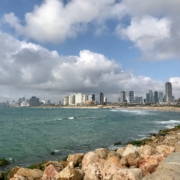 At the beginning of 2020, I had just finished a year of travel with Remote Year. I was a year into my digital nomad life and ready to set off on my own, traveling through Africa with my partner, Sam. I was a solopreneur with a growing business and a loose plan of at least 20 countries I expected to visit in the year ahead. In the first two months of the year my workload grew and I settled into a life of relaxing, beachy days and evenings spent on client calls, glued to my laptop, making back the money I’d spent the year before. 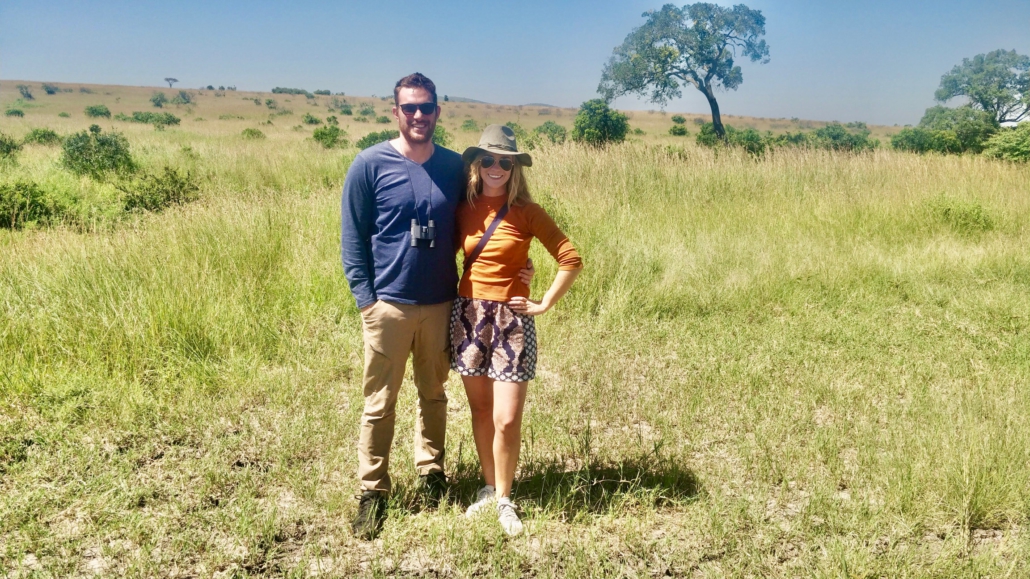 Sam and me on safari in Kenya

As the pandemic started to spread beyond China, I was in Nairobi, Kenya, listening to the news, still unaware of how drastically it would change our world. A month later I found myself in Istanbul, Turkey, remarking at the normalcy of everyday life as the Western world began to lockdown. It began to occur to me that my plans to join Sam in Israel might be interrupted. As my 10-day solo trip to Turkey ended, I found myself crying in the airport when I was informed that I wasn’t authorized to board my flight to Tel Aviv. At that moment, my entire world shifted. 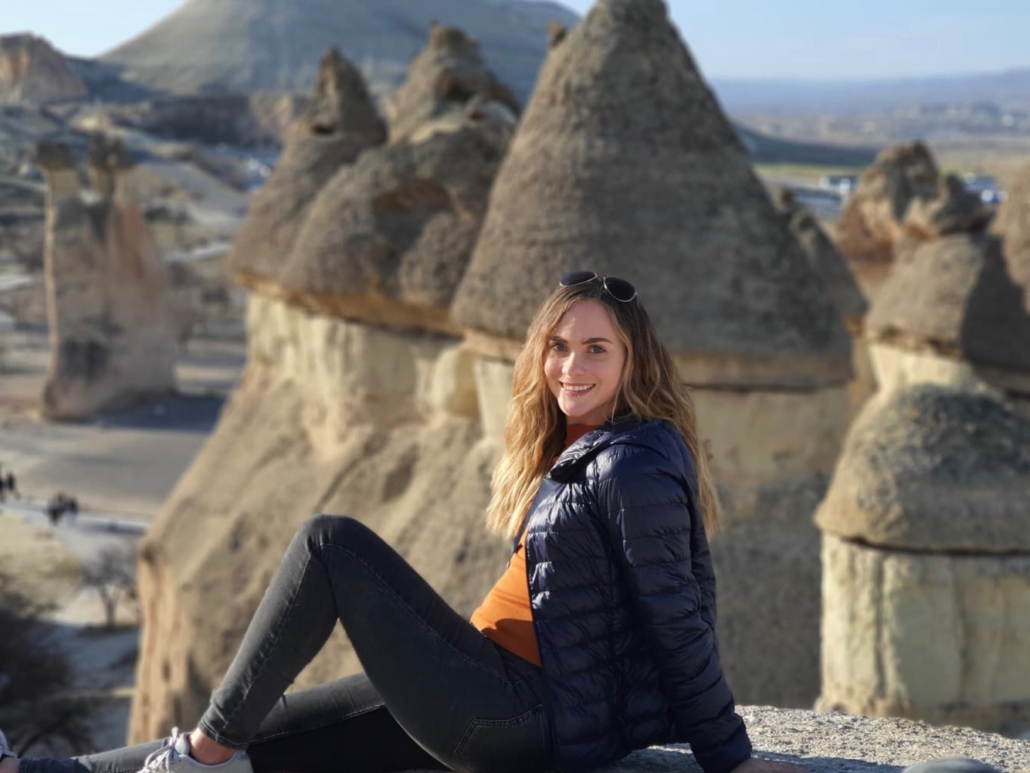 Exploring Cappadocia, Turkey, blissfully unaware of how our world was about to change

I spent three days in an airport hotel while I waited for the government of Israel to determine whether or not I’d be admitted to their country. My dad called me frantic and scared, begging me to fly back to the US if Israel wouldn’t accept me. Finally, somehow, my application was approved and I was granted special permission to enter Israel. As I walked into the arrivals hall of the Tel Aviv airport, a feeling of relief overwhelmed me and I fell into the arms of the man I love. He took me “home” to a shitty little Airbnb, where I’d be confined for the next two weeks of quarantine, gazing longingly out a dirty window at the beach across the street. My two comforts were Sam, and a little chihuahua, named Gucci, whom Sam’s sister had sent to me for emotional support. 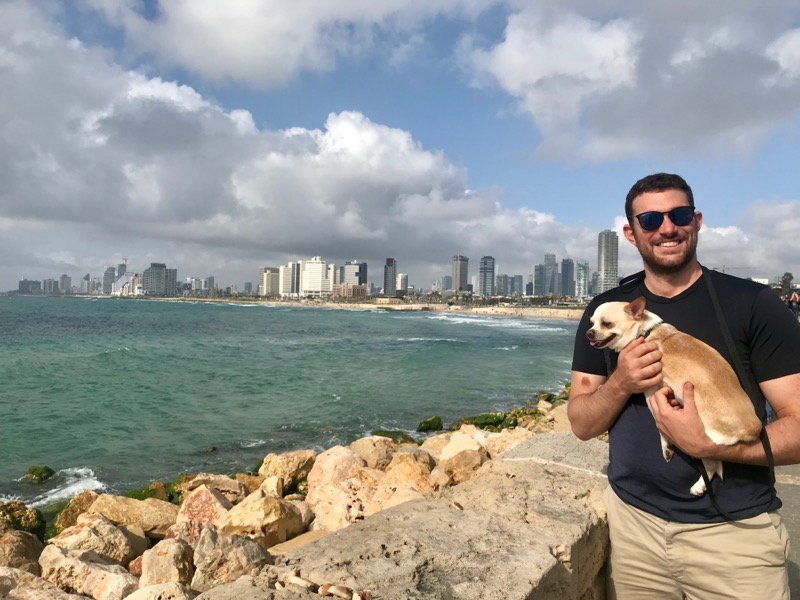 My official quarantine period ended as the entire country went into seven weeks of lockdown. We upgraded our accommodation to a nicer one-bedroom apartment in the heart of the city. What would have normally been an incredible location didn’t matter quite so much in a pandemic, but we had a balcony that technically counted as “outdoor space” which improved my cabin fever to a degree. My work began to dwindle as companies put their marketing efforts on pause and the economy tanked. As Sam worked around the clock bringing to life a new start-up, I entertained myself the best I could within our small space. As the weeks wore on I became anxious and depressed and my self-esteem eventually drowned in the almost daily baths I would take to relax. As the restrictions loosened and we could leave the house, I did not feel capable of wandering out on my own. My social anxiety was higher than it had ever been.

I’d started 2020 with a goal to find my life’s purpose and start a career transition by the end of the year. When I arrived in Israel I was no closer to achieving this goal, as I’d spent the previous months buried in my career of the past eight years. While I was arguably good at what I did, I no longer had any passion for the work. I knew I had to find something more inspiring, more meaningful in order to be truly happy. As my income dropped lower and lower so did my self-esteem. In this state, I couldn’t even begin to address the question of what I should be doing instead.

Imagine waking up one day after two months of isolation and wandering outdoors to find yourself in a strange place full of blunt, loud, friendly strangers who just can’t help but try to talk to you in a language you don’t understand. Now if you’re an extrovert, this might not be so bad. You’d simply explain that you speak English and before you know it, you’d have dozens of new friends. But for me, an emotionally fragile introvert, this was terrifying. I felt like a shell of my former self and an imposter who had wormed her way into a country that wasn’t accepting any foreigners. I wanted so badly to get outside and explore a new city, but I would have much rather done so under a cloak of invisibility. 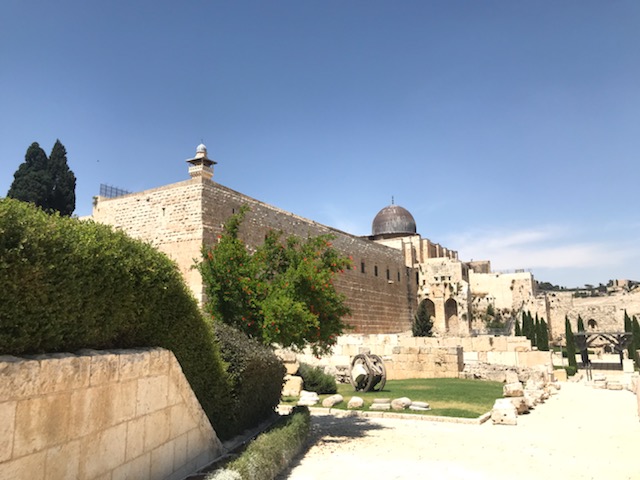 I wanted to explore this new country, but my social anxiety held me back from so much

As you may imagine, this deterioration of self took a toll on my relationship. Sam was working harder than ever and I was hardly working. I slept in late, took long baths and watched TV a good portion of each day. Our schedules were completely opposite as I was working from 7pm to 3am to be available to the US clients I still had. On the weekends he’d fall asleep on the couch at 9pm, exhausted from the week’s work, while I’d stay up until 5am drinking a bottle of wine to myself. I relied on him for everything I needed outside the apartment and resented the fact that he had friends and family he could spend time with. It had been a year and a half since I’d been home and I was longing for familiarity. Sam felt the brunt of my pain and shame at becoming a pathetic, codependent “partner” who couldn’t take care of herself. Despite that, he tried his best to be there for me and to do what I asked of him with the patience and tolerance of a saint.

In mid-June, after three months in Israel, the airport opened and we booked our tickets to Colorado. I was finally going home! Sam and I both thought this would be the change I needed. I’d see family and friends, be in familiar surroundings, enjoy the fresh air and the mountains and pick myself back up. The first week home was bliss, but it didn’t last long. In our second week there, my depression creeped back in. I couldn’t understand it. Why was I still feeling this way? Hadn’t I left behind the things that brought me to my knees? Sam sensed it too. I was irritable and he could feel the lack of joy in moments where it shouldn’t exist. 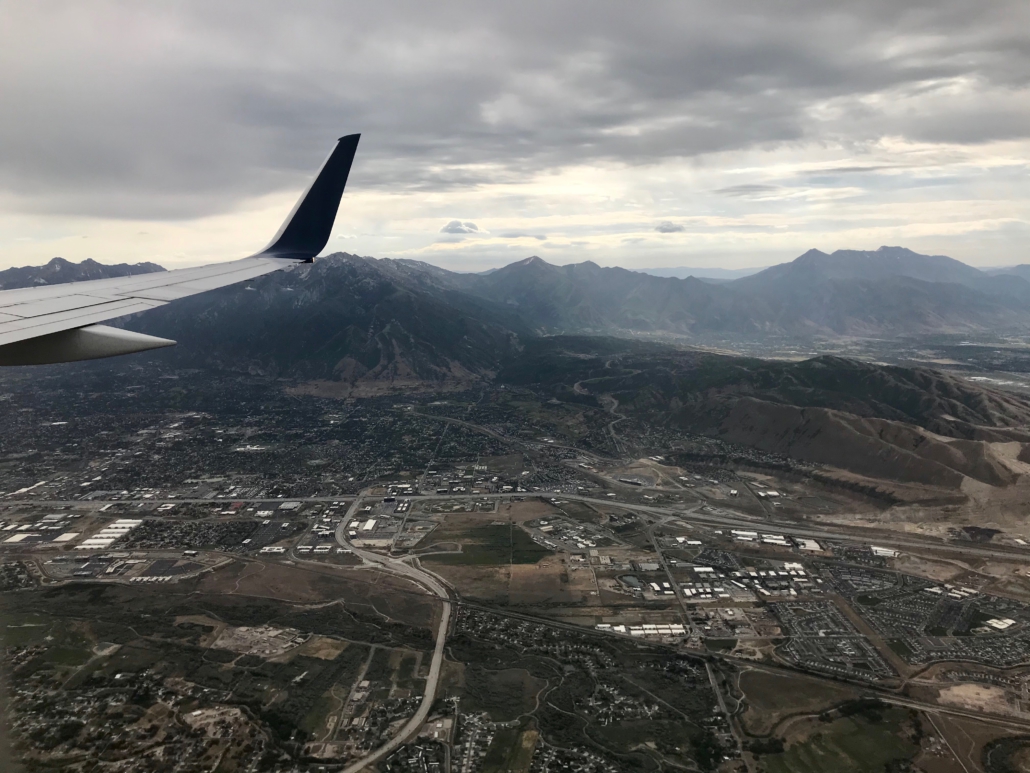 After a year and a half of non-stop travel, I finally returned home to Colorado

We were staying with my parents and one night at dinner it boiled up to the surface. The tears came flooding from my eyes, I told them I was tired and just wanted to fall asleep and never wake up. Alarmed and frightened, my parents dug in with me, forcing me to talk through what I was feeling and why. They were adamant about finding the root cause and surprisingly, all of a sudden, there it was. I realized that at the root of everything was the simple fact that I wasn’t living my purpose and wasn’t making any effort to find it. I was in the middle of a pandemic with very little work and very little else with which to distract myself, wondering what the hell it all was for. Why live if I wasn’t going to improve the world around me? Why take up space if I wasn’t going to make the world a better place? I left the dinner table and walked out to the yard, where I found a spot to sit and cry and ponder my future. Eventually I took out my phone and began writing notes. I wrote whatever came to me. Things I’d like to do, people I should talk to, times I’d felt of value. For the first time in months, I felt relief.

From that moment, a new chapter started. That was my latest rock bottom. From such a low point I was able to reshape my reality. I have since set off down a new path and have come to see 2020 as one of the best years of my life, so far. I am lucky, because I have the support and resources to start fresh. So each day I swallow my fear and go to work, building a future that brings me joy and purpose.

I hope you’ll follow me on that journey here as I blog about my feelings, emotions, mental health, introversion, building a new life, moments of weakness and strength, and so much more. I encourage your comments and hope you’ll share your own stories so we can learn from one another and grow together.